Retrofitting, Industrial IoT, Industry 4.0, Rapid Prototyping – terms from the world of digitalization that conceal the valuable potentials that have so far been sleeping unnoticed in every company. In our digitalization workshops, we bring you and your team up to date with the current state of digitalization possibilities and inspire you with examples and ideas from our everyday industrial IoT life. Together we work out ideas which processe can be made more efficient by retrofitting in your company and which business models can result from this. With rapid prototyping, we can already pick up ideas during the workshops and develop them into functional prototypes on the basis of which the later implementation can be designed.

Our experience has shown that the joint development of ideas and the practice-oriented exchange in your team reduces fears that have arisen as a result of media reporting focused on job cuts. When employees realize that it is a matter of improving their working conditions and more profitable business models, the motivation for the common goal of modernization and sustainability is awakened and promoted.

Exchange of business knowledge with the common goal of modernisation.

Ideas for retrofitting are floating behind every button. We mediate approaches.

A functional prototype can already be created during a workshop: The first step towards digitalization.

Our trainings lead to awareness of digitalization in the minds of their employees.

In this way, the implementation ideas for a possible process digitization arise directly in your everyday process work.

After workshops and trainings you can often go directly to the implementation.

The result is a sensible and value-adding step towards sustainable modernization for all parties involved.

Our erminas digitalization workshops are held by employees who can prepare you and your team for the special topics of digitalization. We show solutions that have already been implemented and newly developed business ideas that have arisen as a result of retrofitting or new developments for companies.

In the further course of the project, we then work together to develop ideas for digital solutions directly from your everyday process and production routine. These ideas are collected in order to be able to analyze them later on for potentials, profitability and feasibility. In the course of the workshop, one of the ideas can be converted directly and jointly into a prototype. In this process the understanding for further digitalization potentials in your company will be developed.

Here we present our workshop concepts, which can also be combined. 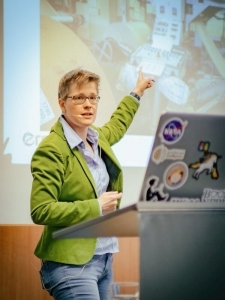 In your company, too, there are endless possibilities for value-adding digitalization. Where should you start? In recent years, the erminas Workshop team has developed the Innovation Workshop, which has already proven its worth many times over and has inspired our customers. Digitalization unfolds its benefits through the expertise of your employees. We bring together all those who are useful for the topic in a relaxed and constructive atmosphere. Using techniques from Design Thinking and User-Centered Design, we guide you to identify needs and desires in ecosystems and develop solutions for them. We show you what is technically possible and economically sensible. This is how ideas arise, which can then be brought to life and tried out together with Rapid Prototyping.

In our Scoping Workshop we ask you and your team many questions. It’s about finding the core of your digitalization goal, identifying ways to get there, and finding answers that will help us start digitalizing your business. We take these answers with us and design suitable modules with price indications for your individual solution based on them.

So you can start with a lean solution and we build on it in small iterations.

Or we plan every detail in a classical way in a requirement specification or in detail as a user story. You tell us where the journey will take us. Our scoping workshop gives you the perfect basis for making your decision.

This is the gentle way to enter the digital age. 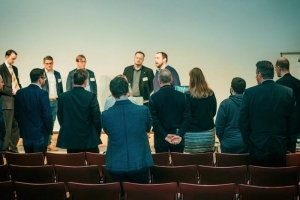 In our trainings we go into depth. Whether you want to dive more specifically into the world of industrial IoT and retrofitting, expand the development skills of your IT team or deal with the architecture of enterprise applications: Our competence teams will train and educate you in any topic related to digitalization.

In this way you will grow with our experts into future-oriented technologies and get the opportunity to make qualified decisions for your company based on well established background knowledge.

If one of the collected digitalization ideas was agreed upon in the workshop, then a first prototype based on rapid prototyping can already be created. This method not only leads to a basic understanding for the realization of digitalization ideas, but also saves a lot of money in the further implementation. During the prototyping process, the feasibility begins to show – and potential new business models are already identified.

erminas Rapid Prototyping uses prototyping solutions for software, mobile apps and hardware with sensors and actuators to create an executable prototype or a minimum viable product amazingly quickly. Test and experiment, improve the idea and check whether the idea is just as good in practice. Only then does the implementation begin. 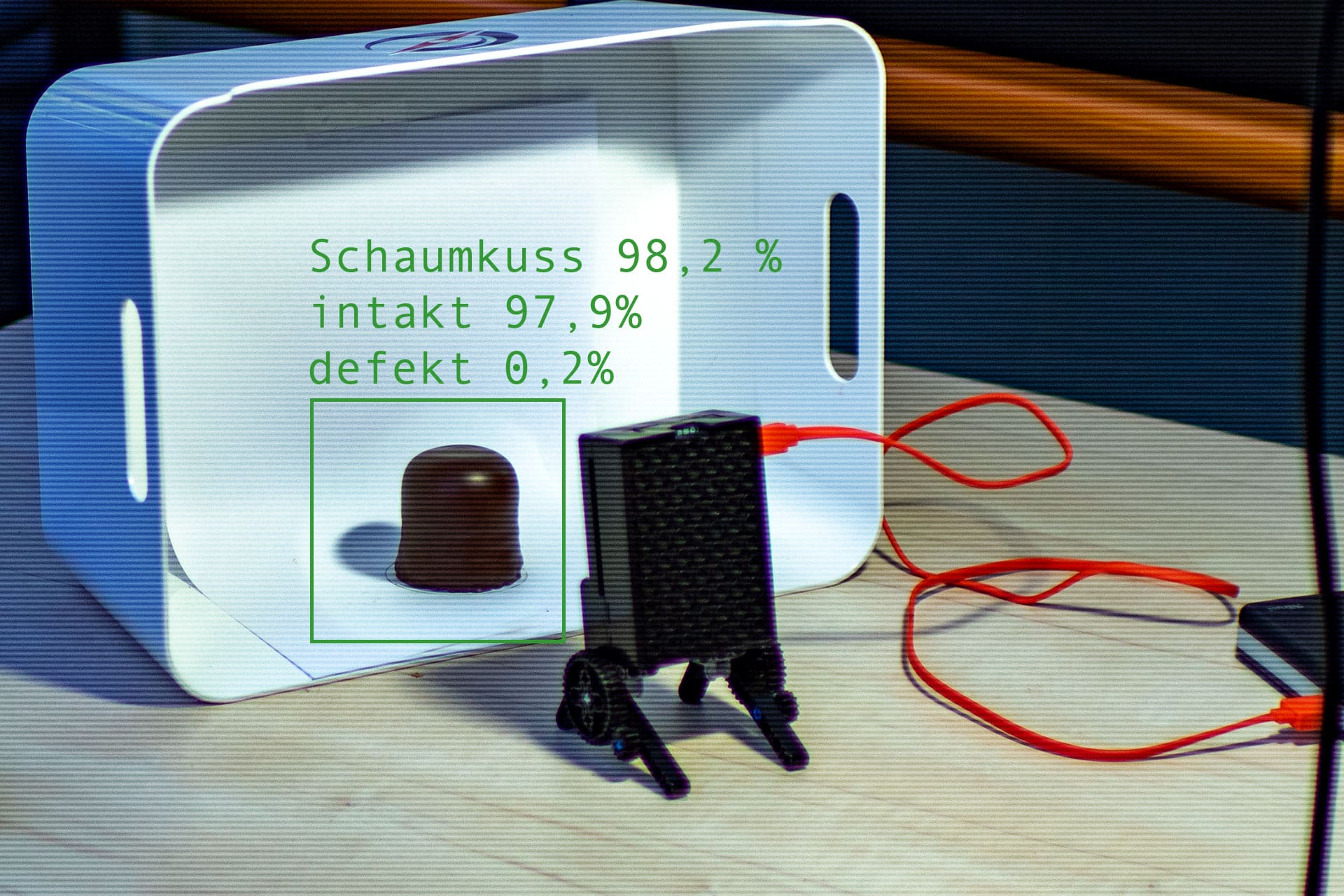 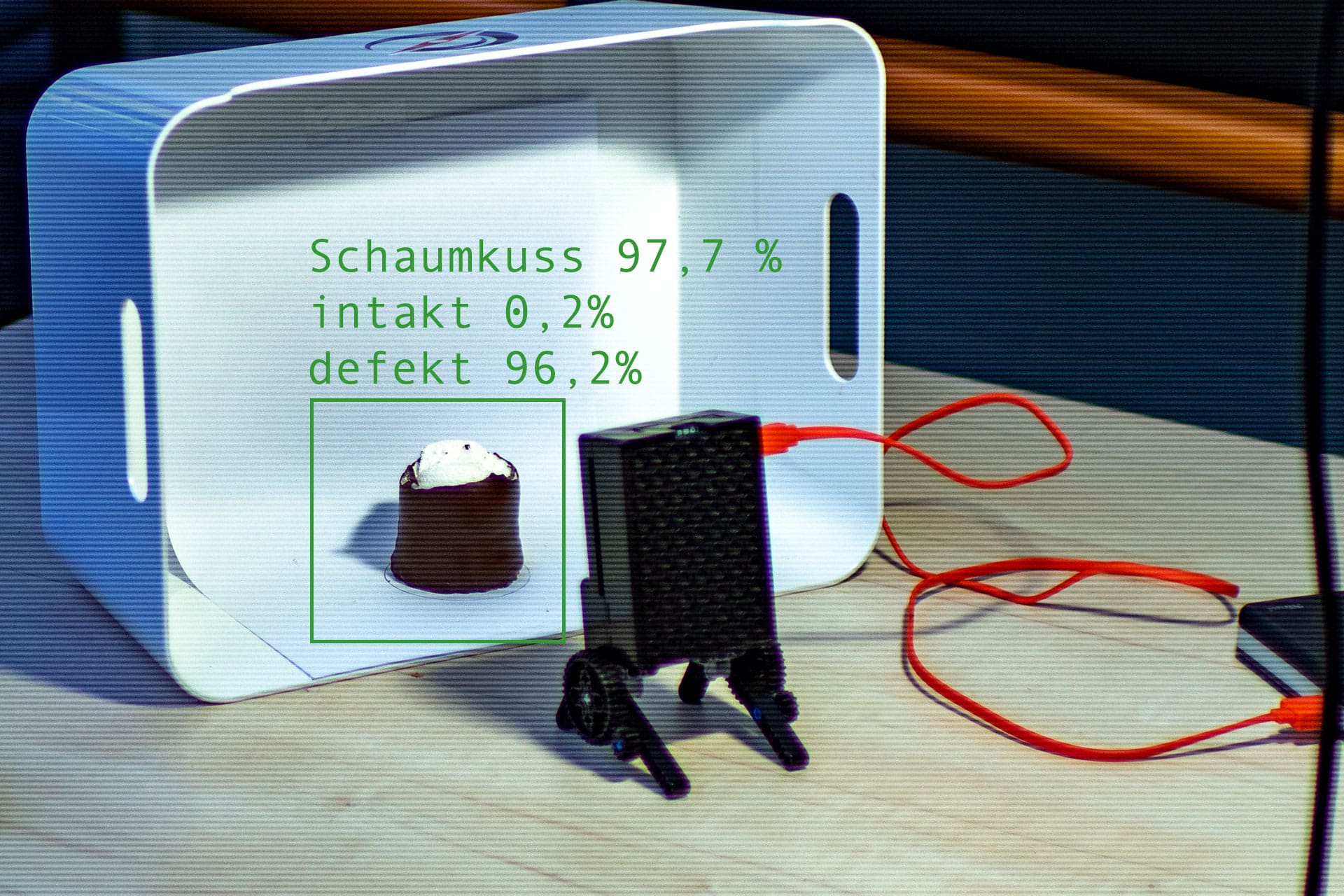 A chocolate marshmallow, a Lego housing, a sensor and machine learning, the prototype is done. Something like this can then be developed later for an assembly line.