Your Girls’ Day at erminas

Do you know these biases?

Programming is only for math aces. WRONG!
Boys are better at using computers. NONSENSE!
Boys are more likely to have a knack for technology. RUBBISH!
Programming is boring. NOT TRUE!

About your Girls’ Day in Oldenburg

Where?
This year our Girls’ Day takes place online!

How?
You can register here:
To Girls’ Day registration

Any questions?
Write to
socialmedia@erminas.de

Language?
You should speak fluent German!

What are you doing that day?

The last few times, the girls simply blew our minds: in 2017, they invented and tested a device that warns cyclists if cars get too close to their bike. In 2018 they built a school locker that can be opened with an app. In 2019 we developed an intelligent cat door. 2020 was unfortunately cancelled due to Corona. What will you invent?

Ever heard of the Internet of Things?

Autonomously driving cars, household appliances and machines controlled by apps are just a few examples of the Internet of Things (IoT). And that’s a little bit like magic! With us you invent and build your own IoT solution for yourself and for Oldenburg. You make Oldenburg a smart city!

What are we working with? 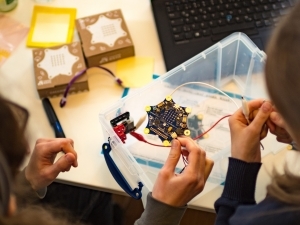 Developing Magic with the Calliope Mini

You work with the small school computer Calliope Mini and a kit of sensors that we use in the manufacturing industry to quickly create prototypes.
With a little help you can program various solutions. Your invention can be a button-operated device, a smartphone remote control, or it can collect data and display it on a website. You can measure temperature, brightness, distance, color, volume, rotation and more, flash LEDs and control a small motor. Don’t panic, it’s actually really easy!

What should you bring?

Above all, fun in shaping the world. You will need a stable, fast internet connection, a computer (PC or Mac) with webcam, microphone and access to Microsoft Teams (free via browser). We will send you all the other working materials.

Why are we asking you to come?

For us Girls’ Day is not only a fun project, but an important concern: Girls and women are still underrepresented in digital professions and in engineering. This is a big problem, because if only men shape the digital world of tomorrow, it will become a digital world for men. Plausible, isn’t it?

An example from the engineering sector shows how drastic the effects can be: The airbag was developed by a group of men who were committed to making driving safer and reducing the number of road fatalities. However, the engineers did not think of women and children during the design phase. As a result, many women and children lost their lives in the early days of the airbag because the airbag was simply not designed for the size of children and the weight distribution of women. If there had been female engineers, this would certainly not have happened.

We, erminas GmbH, want to make the world a better place with digital means. And we want to persuade many girls to take an active part in shaping this world. You don’t have to become programmers for that. No matter which profession you choose later, only if you know how the digital world works can you actively help shape it. 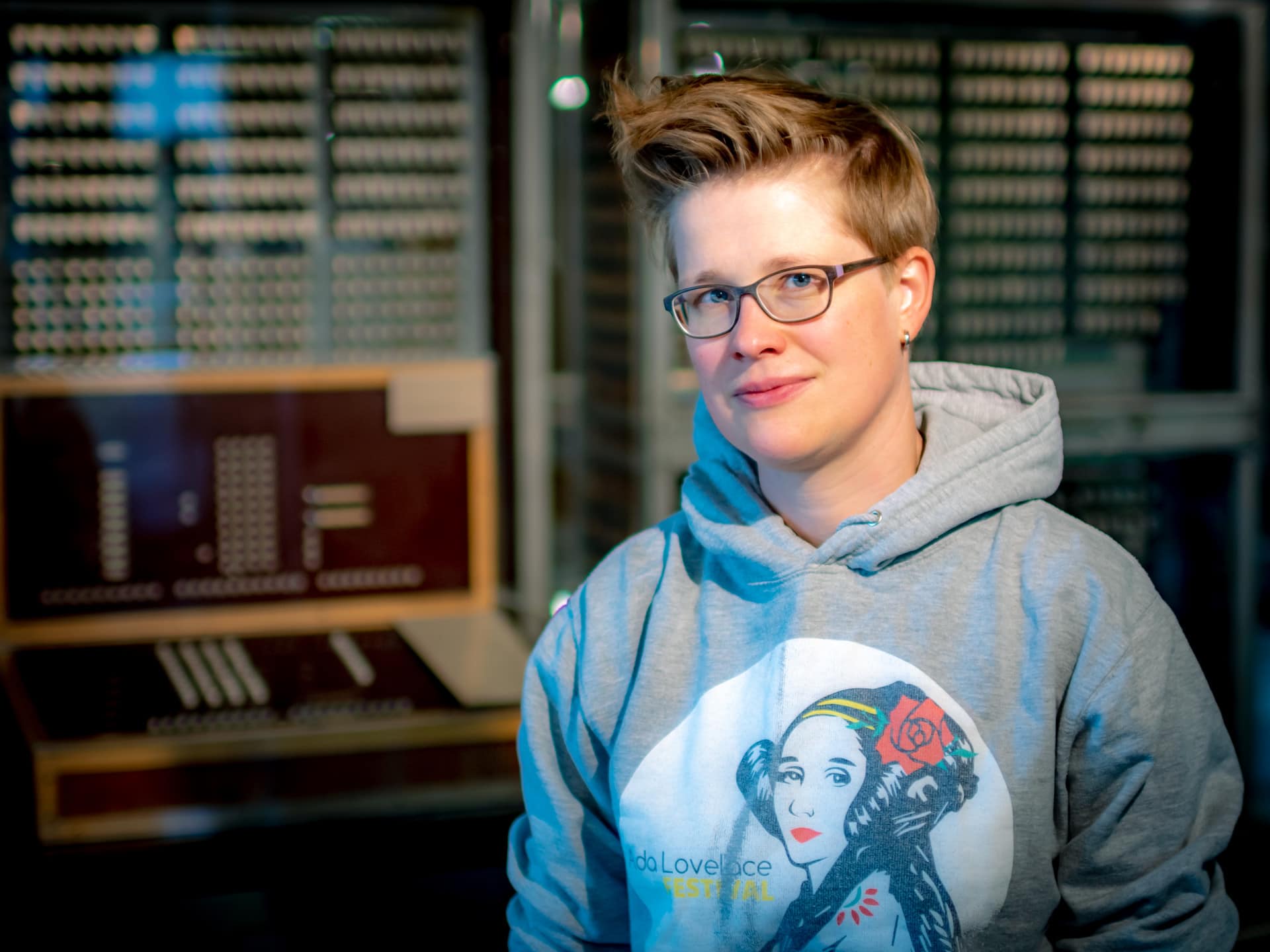 By the way: Kathleen, who took part in our Girls’ Day in 2018, later also completed her school internship at erminas. Read here in our blog what Kathleen experienced and why it is so important for us to inspire girls for our profession!